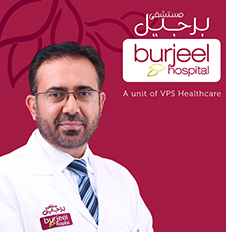 Dr. Urfan completed his graduation (MBBS) from the Ayub Medical College in 1994 and awarded the Gold Medal for his academic excellence. Subsequently, he was awarded Fellowship of the Royal College of Physicians and Surgeons (FCPS) in Pakistan and in 2002, Dr. Urfan became a Member of the Royal College of Physicians (MRCP), UK. Later he successfully completed his European Society of Medical Oncology (ESMO) certification. Additionally he did UK Medical Oncology subspecialty certification.

Dr. Urfan started the initial part of his career in his home country, Pakistan. Dr. Urfan moved to the UAE in 2001 ,where he practiced at one of top government hospital in Abu Dhabi. Before joining Burjeel Hospital he was working as Specialist Physician in the same hospital within subspecialty of Oncology/Hematology of Internal Medicine Department. During his career, he has been actively involved in teaching post graduate and undergraduate doctors. Dr. Urfan was also the co-director of the Arab Board Residency programs for postgraduate training of physicians from 2008 to 2011. He is also an instructor for Advanced Life Support (ALS) and Advanced Cardiac Life Support (ACLS).

Dr. Urfan is extensively experienced in his field. His key interest areas include dealing with all kinds of tumors especially breast, colorectal and targeted therapy. He is a member of many societies including European Society of Medical Oncology.